The Board of Directors of St. Paul’s High School is missioned by the Jesuits to provide governance oversight and policy direction to the school’s President and to uphold the Ignatian Mission and Values of the school. Representing a diverse mix of professional skills, board members are appointed to serve a three-year term to a maximum of two consecutive terms. Ex-officio members, including the Superior of the Jesuit Community of Winnipeg or such individual designated by the Superior, a representative of the Archbishop of Winnipeg, and the President, also serve on the board. 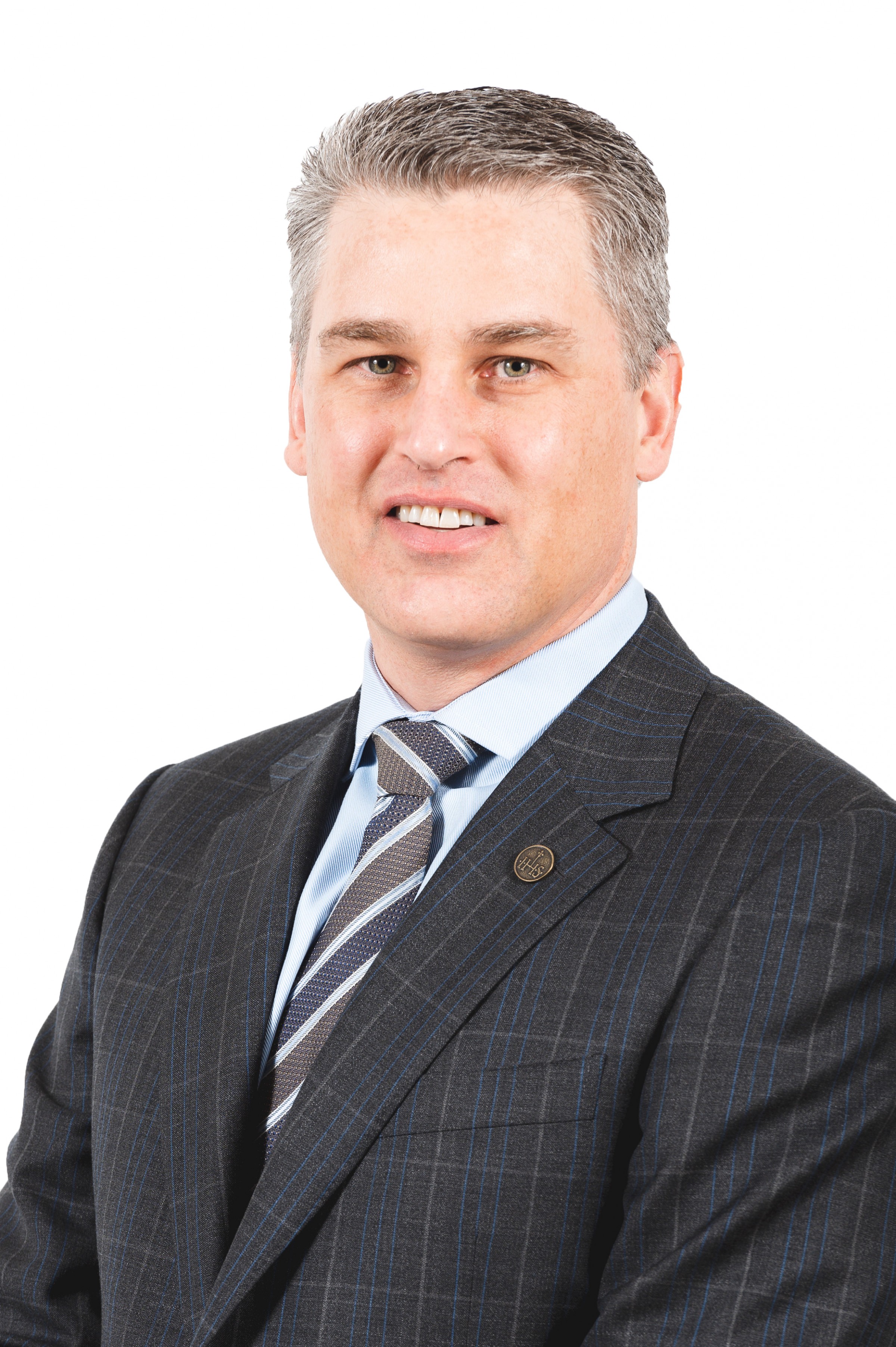 Calvin Polet '93 joined the Board of Directors in 2014.  He has been actively involved with the school's Crusader Football program since 2001 and also serves on the Building & Grounds Committee and until recently, served on the Alumni Association Board of Directors.  The first of his two sons entered the school in 2016.  Having spent his career as an entrepreneur, he is the President of Neptune Properties Inc., a Winnipeg-based private investment firm with interests in real estate in Western Canada and Minnesota and in food production companies in Manitoba. He is a graduate of the University of Manitoba with a BA in Economics and an MBA. 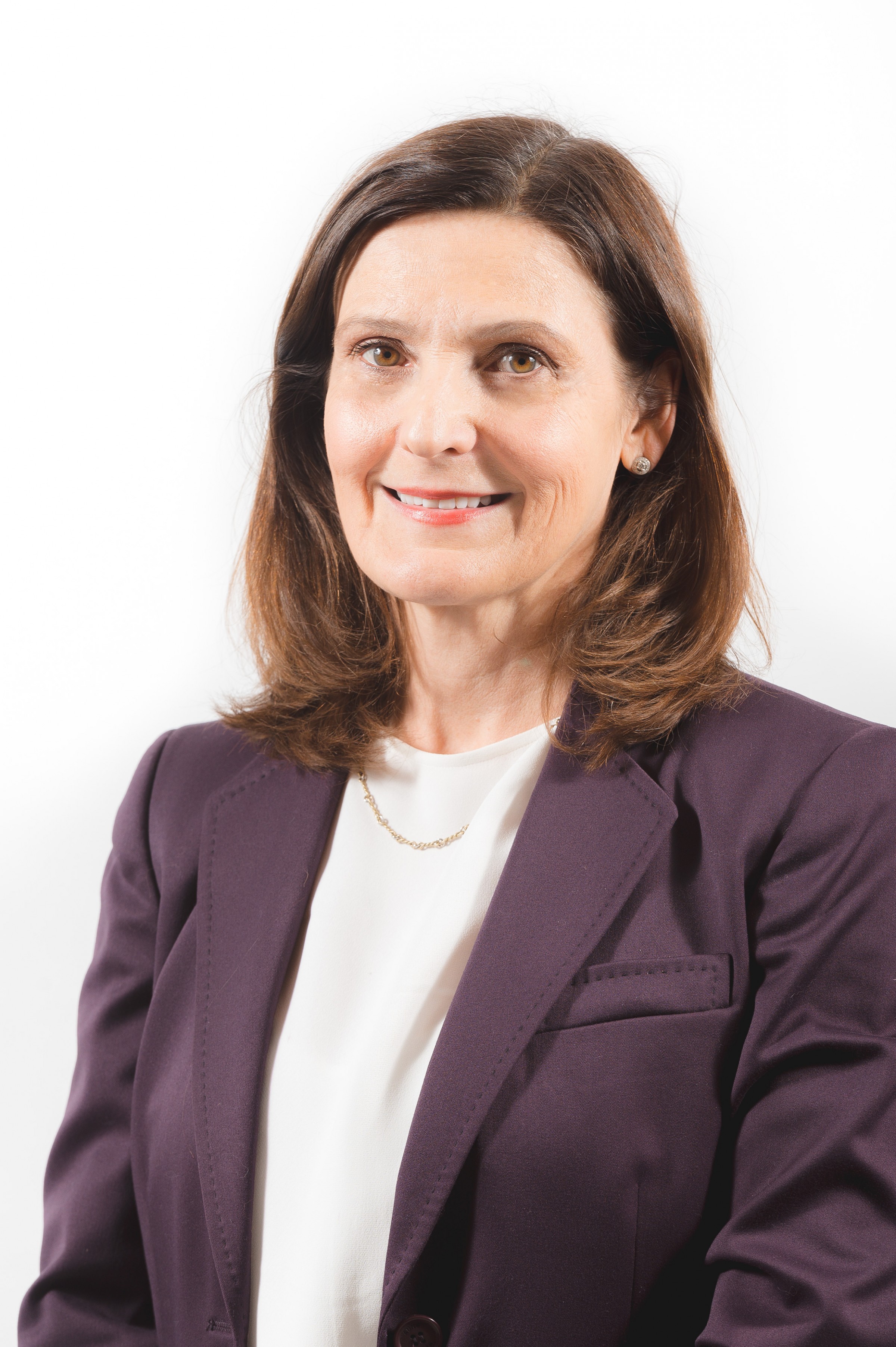 Jennifer Moncrieff's community involvement currently includes the Board of Directors of the Winnipeg Regional Health Authority, Manitoba Centennial Centre Corporation as well as volunteering at Gonzaga Middle School. In addition to the St. Paul's High School Board of Directors, she has sat on the Ignatian Tribute Dinner Committee and St. Paul's High School Fashion Show Committee. She is a founding member of the Dyslexia Champions of Manitoba; former vice-chair of the Royal Winnipeg Ballet; and former President of the St. John Brebeuf Parent Guild. Previously, Jennifer was employed by Investors Group as Director, Sales - Ontario. 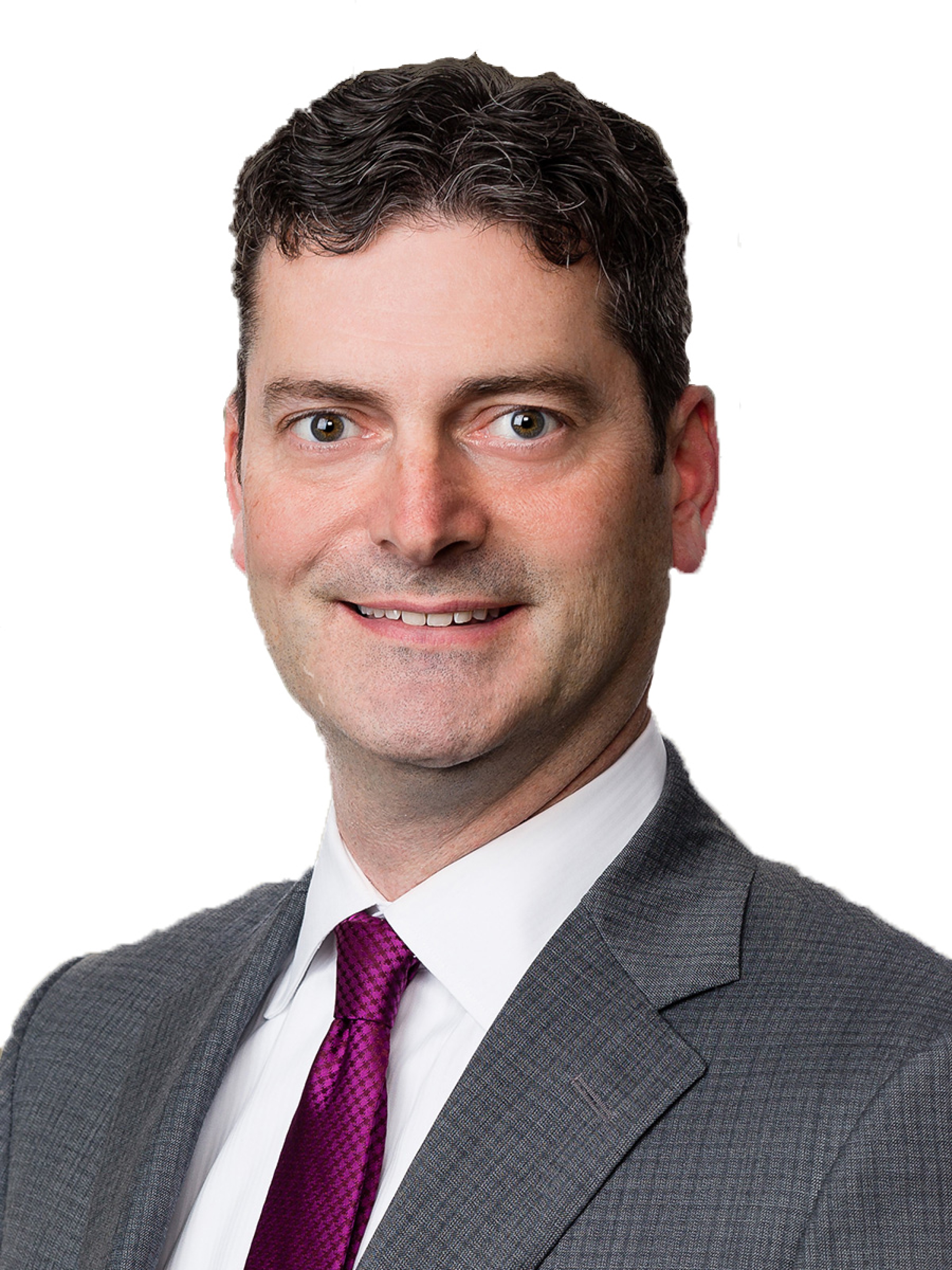 Andrew Stibbard, CPA, CA, is the Regional Managing Partner for MNP in Winnipeg, leading our city’s largest professional services firm.  Andrew delivers business advisory services to public, private and not-for-profit organizations that work in ever-changing sectors and environments.  Andrew has personally assisted clients in a wide range of industries, including financial services, sports and media, agriculture, manufacturing and distribution, real estate, the not-for-profit sector and government. Andrew is a Chartered Professional Accountant (CPA, CA), and holds a Master of Accountancy from the University of Manitoba. He has successfully completed the Canadian Securities Course and the Canadian Institute of Chartered Accountants’ Brokers and Dealers course. Andrew currently serves on the Board of Directors of the Health Sciences Centre Foundation, is Vice-Chair of The Associates, Asper School of Business, is a member of the YES! Winnipeg Investor Council and is Chair of the Blue Ribbon Committee for the Ducks Unlimited Ministers Dinner. In his spare time, Andrew enjoys spending time at Victoria Beach with his wife Stephanie and children Alex, Sydney, and Luke. Andrew is a proud hockey dad to all three kids, and can be found in the stands at hockey rinks across the city from October to April. He is also a proud Winnipeg Jets and Blue Bombers supporter. 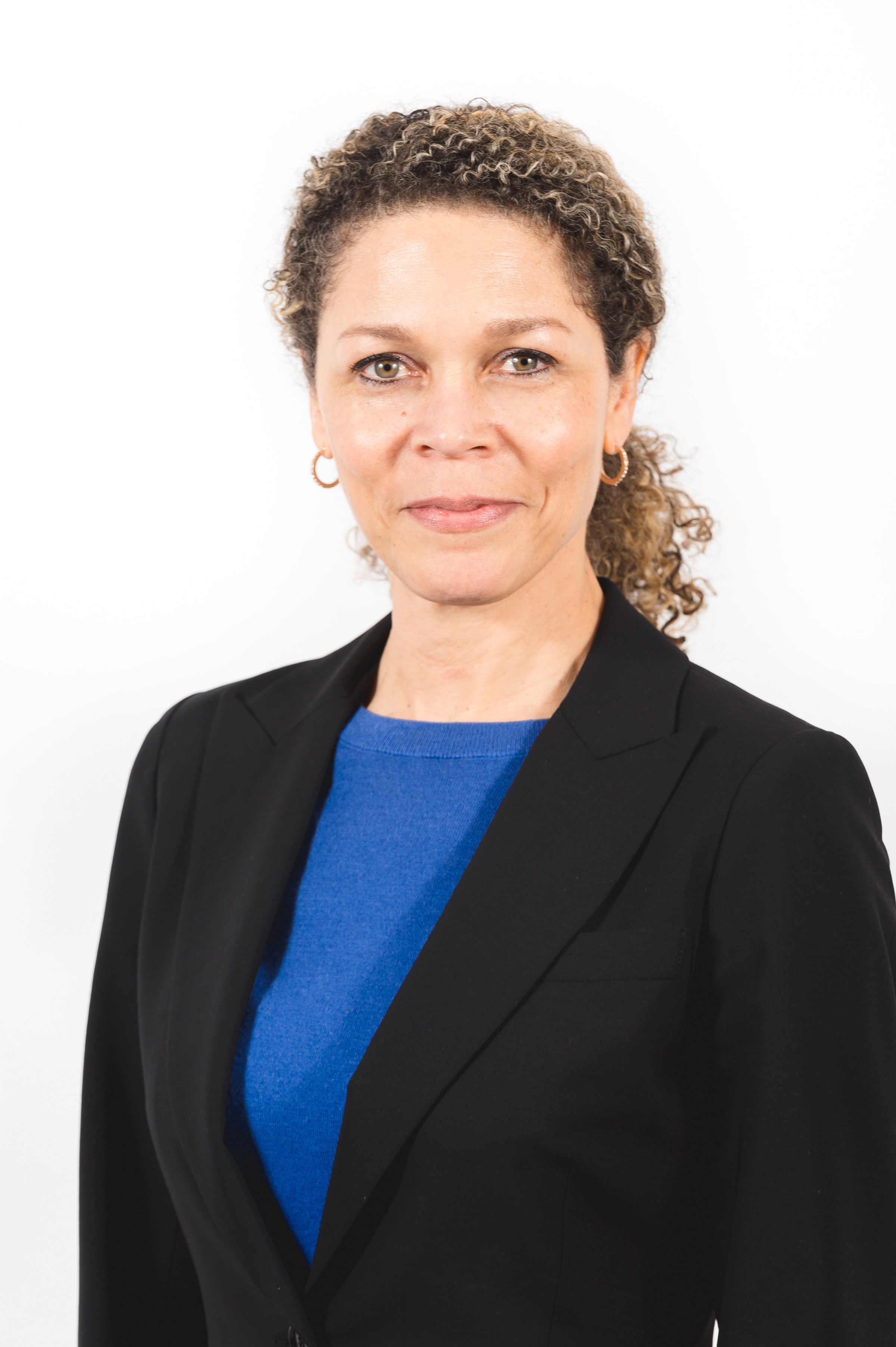 As an active volunteer, Tanya has experience serving on both community and corporate boards. Tanya is currently active with the Boards of Epic Opportunities Inc., and the First Unitarian Universalist Church of Winnipeg.  Tanya and Peter have three sons,  two are graduates of St. Paul’s, Quinn Robertson-Stovel (12), Dane Robertson-Stovel (17) and Logan who is currently in Grade 11.  A member of the St. Paul's High School Board of Directors since 2016, she is a member of the HR Committee and was a member of the successful President Search Committee.  A corporate commercial lawyer with Manitoba Justice, Tanya is currently on secondment as CAO and Internal Legal Council to the Economic Review of Bipole III and Keeyask Commission. 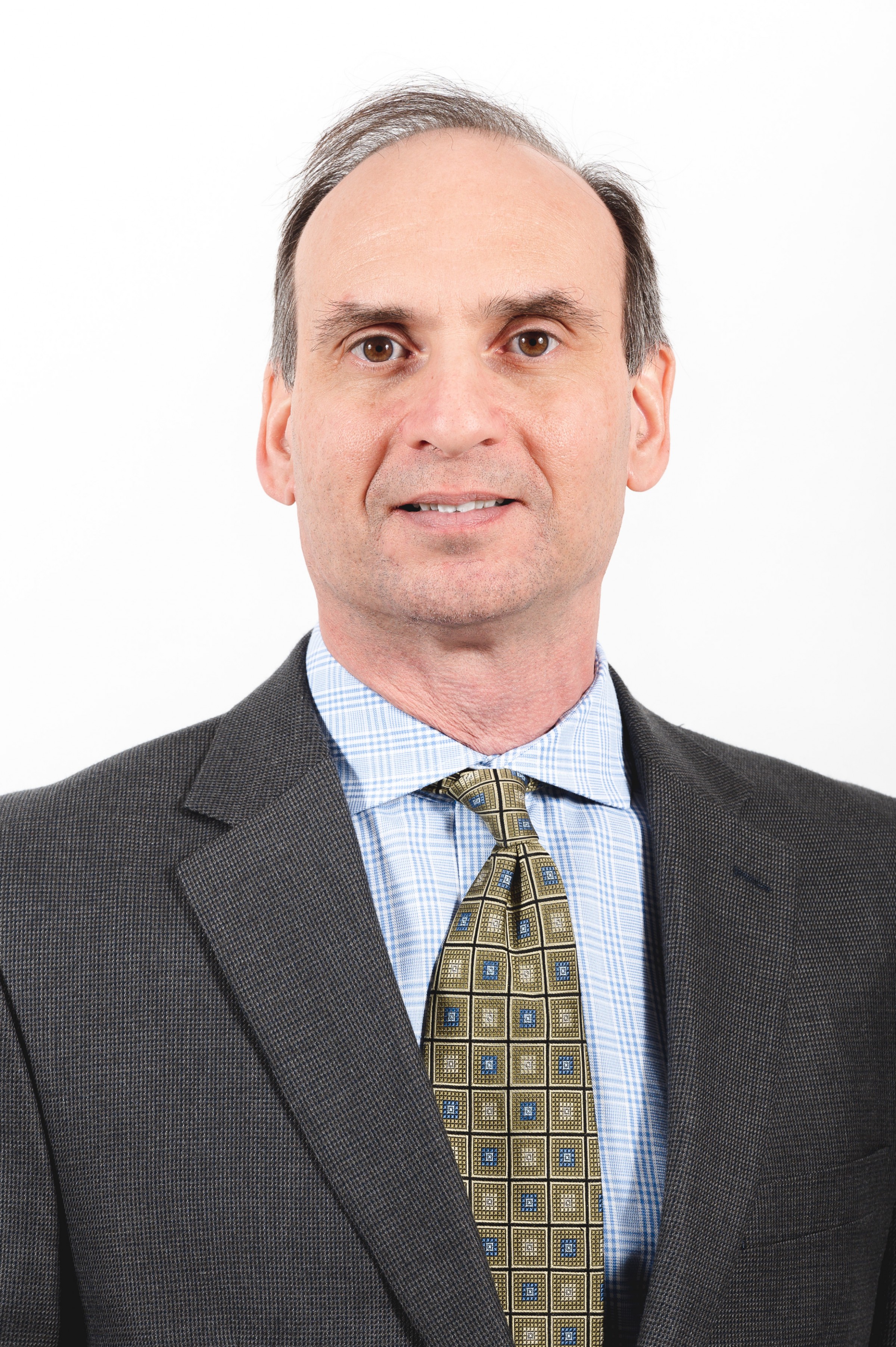 Chief Financial Officer for the Bison Group and has been with Bison Transport since February 2011. He is responsible for the development of a strategic framework including acquisitions, leading transaction activities (assessment, negotiation, structure, due diligence and integration planning), development of finance policy, structuring of arrangements (sourcing capital to fund growth) and leading key internal initiatives including benchmarking and business unit reviews. Damiano has enjoyed a lengthy career as an accountant and, before moving to Bison, he was the VP of Corporate Development at Richardson Financial Group. Damiano is a member of the Canadian Institute of Chartered Business Valuators and the Manitoba Institute of Chartered Accountants, as well as various business groups in Winnipeg. In his spare time he loves spending time with his wife Vanessa and his two children, Michael and Megan. Damiano and his family enjoy camping and a playing variety of sports. He regularly attends and volunteers for his kids swimming, soccer and hockey activities.  Damiano also is actively involved with community and school boards. 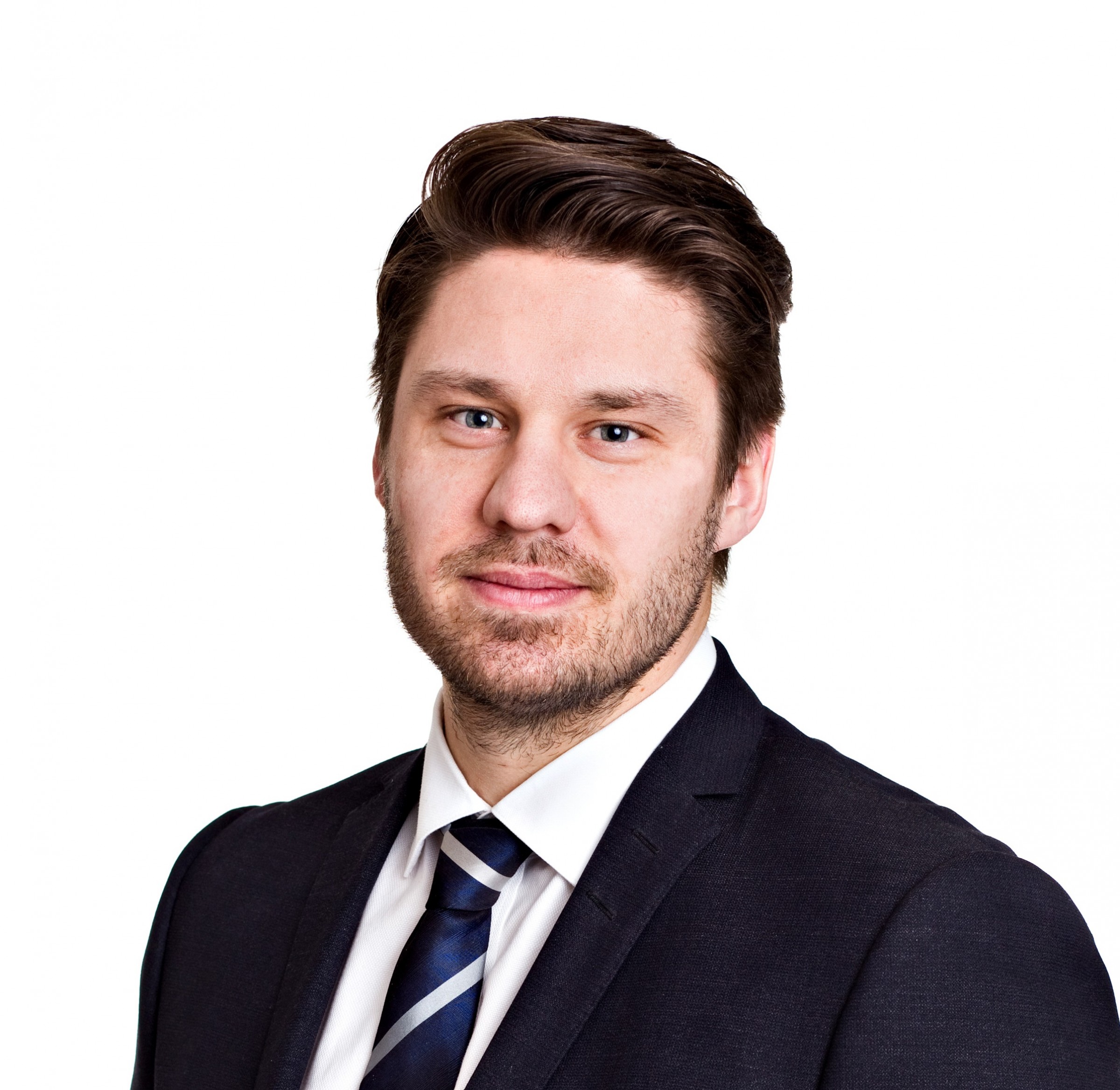 Brendon Corbett and his wife, Lynsey, are the proud parents of three children, and while they aren’t quite old enough to attend St. Paul’s High School, both Brendon and Lynsey hope that they one day will. Brendon is an alumnus of St. Paul’s High School and a graduate of the University of Manitoba’s Asper School of Business.  Brendon is the Vice President of Corporate Development at People Corporation and has served on several boards, including his current role as Convenor of House League Hockey with Fort Garry North Hockey Association. Brendon is proud to once again be a part of the school, and he looks forward to sharing his passion for Catholic education and the enrichment it brings in the development of “Men for Others”. 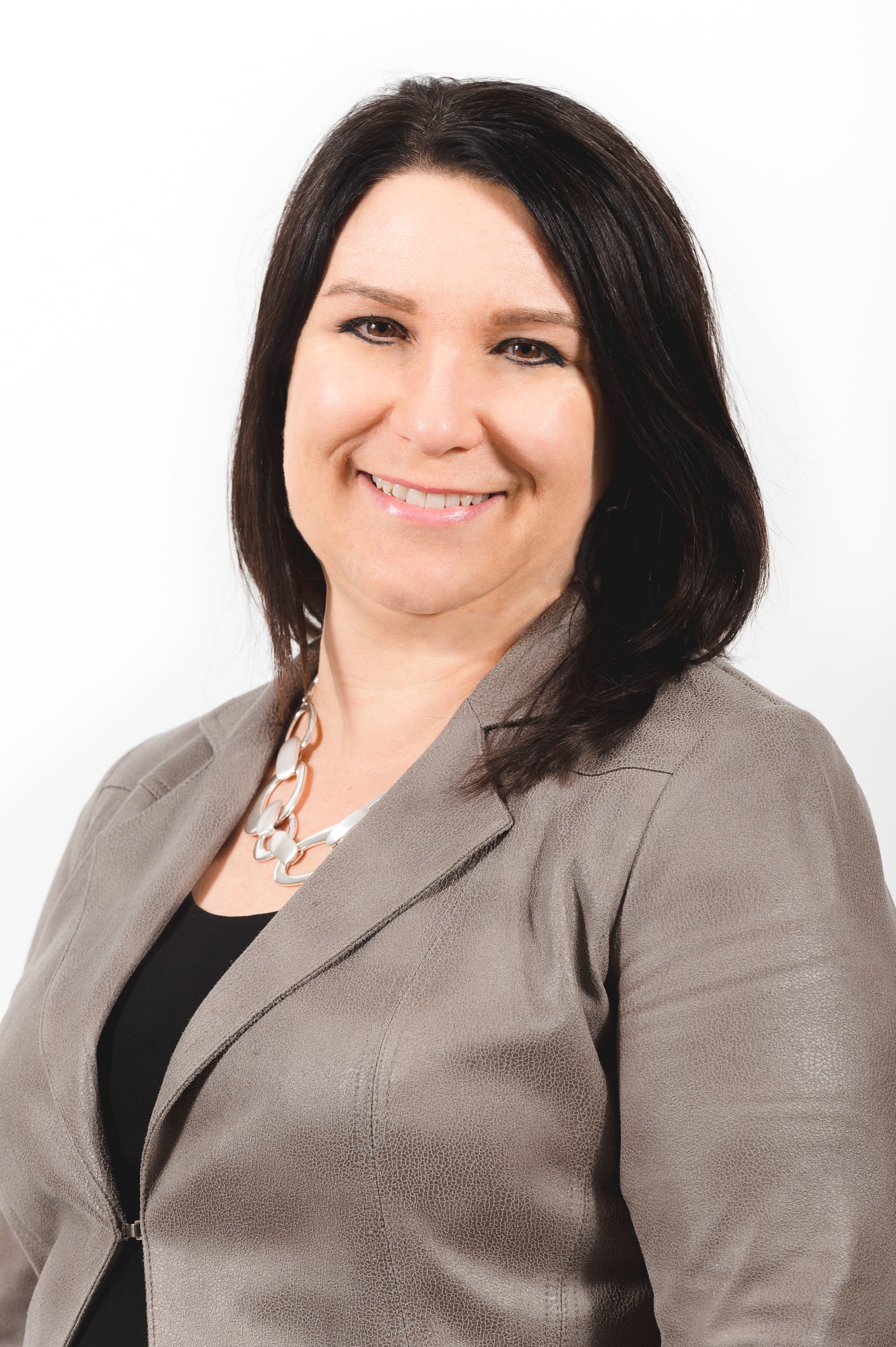 Pamela is a Chartered Professional Accountant and Chartered Accountant with over 25 years of experience working in public practice. Pamela is a partner with BDO Canada LLP where she provides audit and advisory services to cooperative financial institutions, not-for-profit organizations, charities and public sector clients in several areas, particularly education, healthcare and local government. Pamela is a Director and Chair of the Finance Committee. She provides guidance to the President and his team as well as to her fellow Directors on matters related to financial reporting, internal control and finance. Previously, Pamela had served as the Treasurer of the St. Paul High School Parent Guild for four years. Pamela is the proud mother of a St. Paul's High School graduate, Class of 2017, and is a strong supporter of the mission and vision of the School. 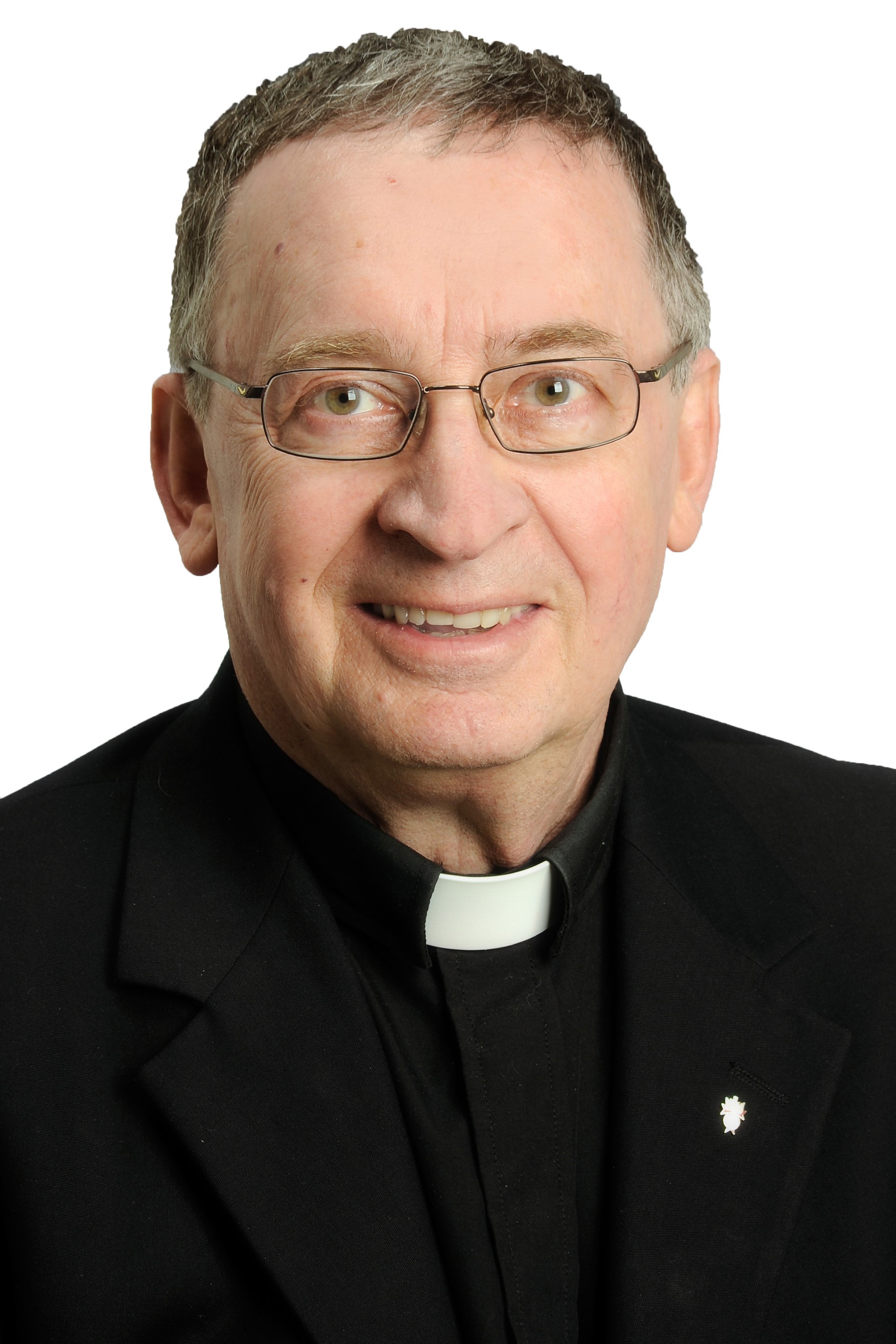 Roy Frank Obrigewitsch, S.J. was born in Regina SK, the sixth of eight children and grew up on a farm.  He entered the Society of Jesus in 1961.  His Jesuit ministry for forty-two years has been education: secondary education, eleven years at St. Paul’s High School as Teacher, Chaplain, Rector and twelve years at Loyola High School, Montreal as Teacher, Chaplain, Principal; post-secondary education, nineteen years in at Campion College at the University of Regina as lecturer in English, Assistant Dean, and Dean.  He was missioned to Winnipeg in February 2015 to be Pastor at St. Ignatius Parish.  In January 2019 he was named Acting Superior for the Winnipeg Jesuits. 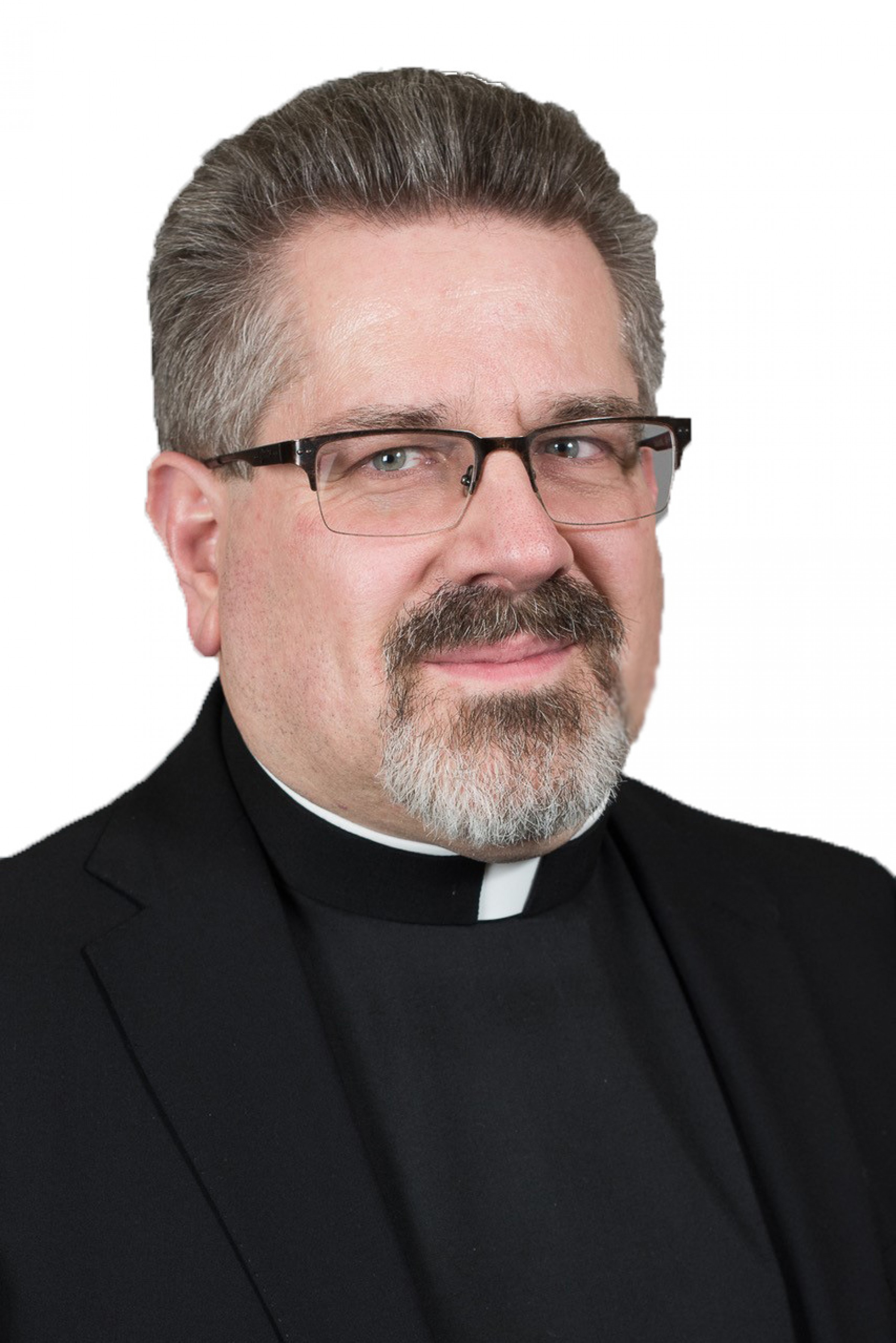 Robert Paul Polz, graduated from St. Paul’s High School in 1980 and obtained his Bachelor of Arts from St. Paul’s College, University of Manitoba, in 1983. He entered seminary for the Archdiocese of Winnipeg and received his Master of Divinity from St. Peter’s Seminary, King’s College, University of Western Ontario, in 1987. He was ordained to the Diaconate at St. John Brebeuf Church on August 26, 1987 and ordained to the Priesthood at St. Mary’s Cathedral on May 20, 1988. After several years of parochial ministry, Fr. Robert returned to studies and obtained a Licentiate in Canon Law, Saint Paul University, and a Master in Canon Law, University of Ottawa, in May 2003. Formerly serving as a Judge, he now serves as Defender of the Bond for the Regina Regional Matrimonial Tribunal, Winnipeg Branch, and as Promoter of Justice for the Winnipeg Archdiocesan Tribunal. Currently the Pastor of Saint John XXIII Parish in Winnipeg, Fr. Robert’s ministry in the Archdiocese also includes service as a member of the College of Consultors and the Council of Priests. As Ecumenical and Interfaith Liaison for the Archdiocese, he is a member and a Past-President of the Western Diocesan and Eparchial Coordinators of Ecumenism (WDECE), chairperson of the Winnipeg Week of Prayer for Christian Unity, a participant in the Winnipeg Jewish-Catholic Dialogue, and a board member of the Manitoba Multifaith Council. Fr. Robert has served as the Archbishop’s Representative on the St. Paul’s High School Board of Directors for over 20 years. He is grateful for the continued growth in excellence he has witnessed in the school over these years, particularly the various spiritual and service activities which contribute to the wholistic development of our students. 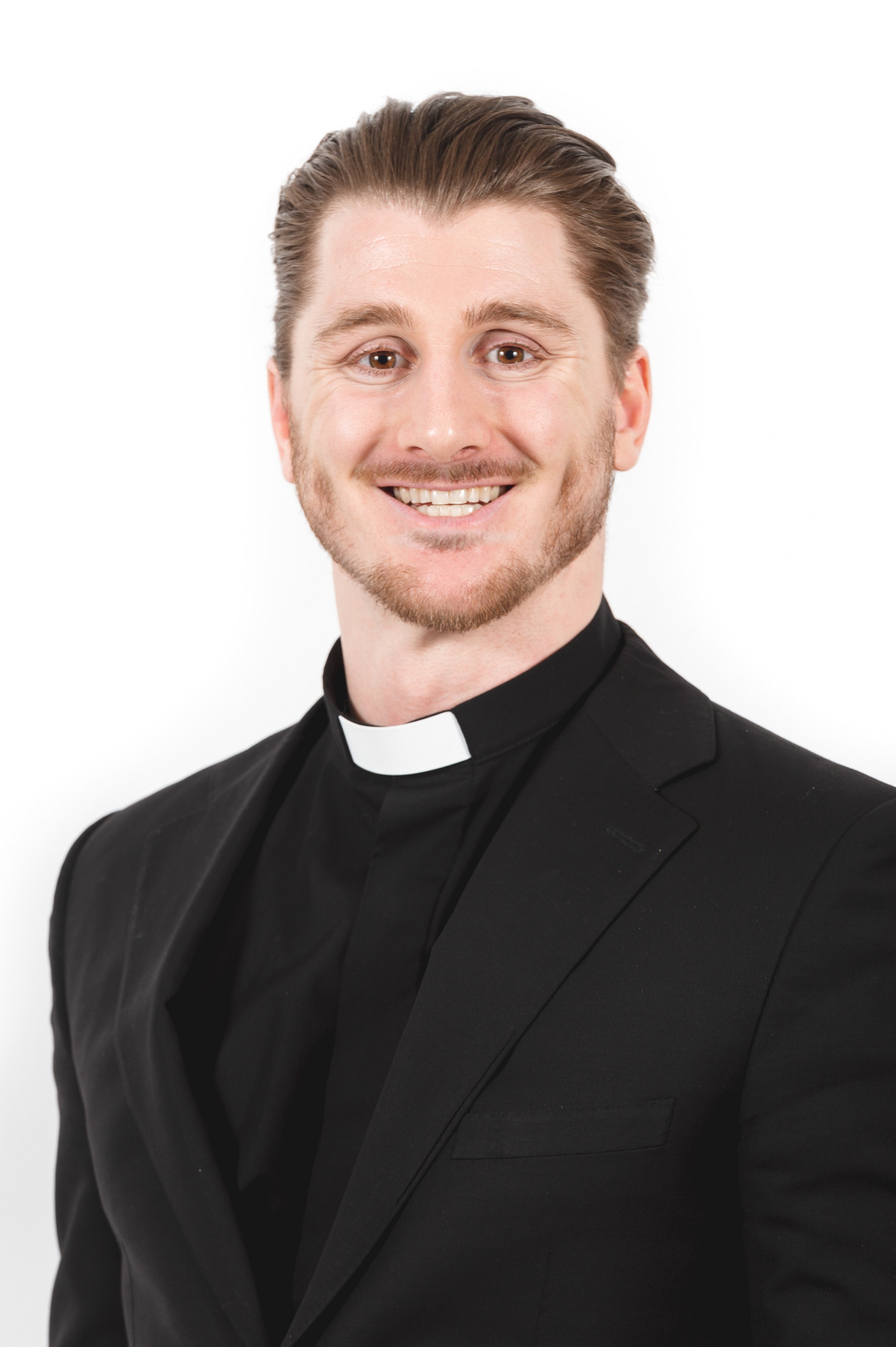 Brook Stacey is a Jesuit doing his Regency assignment at St. Paul’s High school. He grew up in Toronto, Ontario, completed his undergraduate degree in Earth Sciences at Dalhousie University in Halifax, Nova Scotia and entered the Society of Jesus soon after. Since then he has completed a Masters in Theological Studies at Regis College University of Toronto and now applies his experience to the classroom of St. Paul’s. There, he teaches Religion, Math, and Gym and helps coach various sports teams. He hopes to bring the person of Jesus Christ to the lives of the students at St. Paul’s that they may respond with courage to the vocation that God calls to each of them. 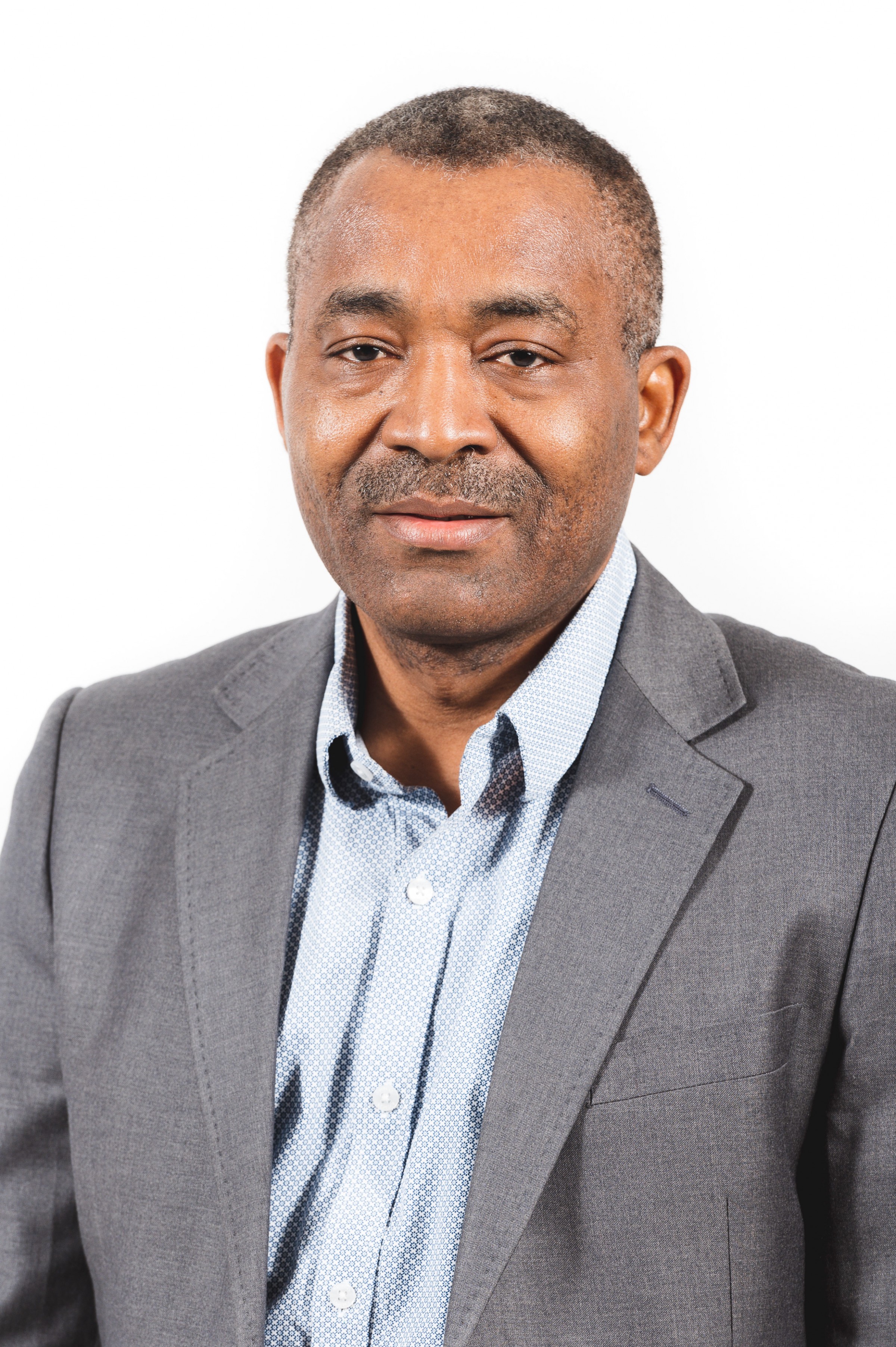 Mark Tachie and his family have resided in Winnipeg since 2001. Mark is a Professor of Mechanical Engineering at the University of Manitoba since 2001 and is serving his first term as a member of the Board of Directors. Mark and his wife Rose-Marie attended Catholic schools for most of their lives and believe that Catholic education greatly enriched their lives. Mark and Rose-Marie have two sons and a daughter. The boys attend St. Paul’s High School, the older boy completed in 2018, and their daughter attends St. Maurice School.  The Tachie family attends St. Timothy Parish where Mark has served on the Parish Pastoral Council since 2017.